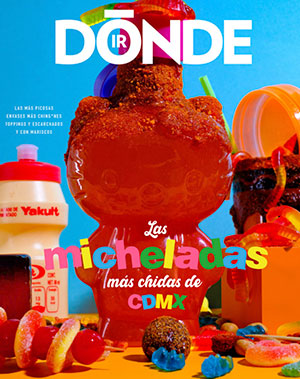 Enjoy the 2018 Day of the Dead Parade in the Mexico City. It’s like in the James Bond movie, with skull figures and Catrinas!

Enjoy the Day of the Dead Parade in Mexico City, just like in the James Bond movie!

With the 2018 Day of the Dead Parade in Mexico City days away, expect to see a plethora of allegorical floats decorated with the symbolical Mexican marigold, monumental skull figures of all colors and the emblematic catrinas –female skeletons dressed only in a bonnet and a referential image of death in Mexico– wandering through the wide avenue of Paseo de la Reforma that runs across the heart of the capital, commencing at the Stele of Light and ending at the Zócalo.

For the third consecutive year, the 2018 Day of the Dead Parade in Mexico City will charm spectators beyond their wildest dreams, with this year’s theme inspired by illustrative scenes from the James Bond movie Spectre. This grand event is a must, especially because of the long-awaited colossal marionettes, based on the work of José Guadalupe Posada –a Mexican cartoon illustrator who is best known for his catrinas–, that will be wandering through the streets of the capital.

Throughout the Day of the Dead holiday, this parade has become a cherished tradition in Mexico City, and this year will be no different, as the 2018 celebration will encompass the rich history of Mexico with a tribute to all migrants who have lost their lives, monumental skull figures of all colors and many more surprises. Apart from monumental skull figures of all colors, allegorical floats decorated with the symbolical Mexican marigold and the emblematic catrinas, the one kilometer route will comprise of ofrendas –elaborated ritual altars to celebrate the dead– and a representation of the distinctive eras of Mexico: beginning with the prehistoric era, following with the Viceroyalty of New Spain, the Mexican War of Independence and the Mexican Revolution, and ending with the present day. The starting point of the parade will be at the Estela de Luz (Stele of Light) and will continue on towards Paseo de la Reforma, passing by the Huntress Diana Fountain, The Angel of Independence, the Roundabout of the Palm, the Roundabout of Colón, the Equestrian Statue of Charles IV of Spain, The Hemicycle to Juárez and the Mexico City Metropolitan Cathedral, ending at the Zócalo. The finale of the 2018 Day of the Dead Parade will be a great one, with the closing of the parade dedicated to the festive heritage of Guadalupe Posada and a homage to figurines such as those of the Mexican painter Frida Kahlo, not to mention that this event is always accompanied by a night filled with legends and folklore, an extensive ritual altar mounted at the Zócalo and other special activities that will take place at a few museums.